I’ve got no idea how Pro Evolution Soccer 2017 is getting such high reviews. The current score on Metacritic is around the 90% and I can’t find any reason what so ever why that is the case.

The last time I’ve played a Pro Evolution Soccer game has to be in 2014 when I bought the game on the PC. It was decent, not the best football game ever but with the Master League and the Be A Legend mode it kept me busy for half a year. I did try FIFA but wasn’t the biggest fan.

First of all, I don’t know why everyone keeps calling the game realistic(?) Might have something to do with the animations which do look amazing, the way players fall, fight for the ball and move around the pitch are the best I’ve ever seen in any game. Some of the faces on the players are very well done for the clubs that are licensed. But this alone doesn’t make a game realistic.

The beginning of the above paragraph is the only positive I can come up with. After not playing Pro Evo in such a long time and having played most of the 2000 – 2010 games, I have found it hard to find anything that was different besides the engine. The Master league doesn’t seem different at all, same stuff as always with its unrealistic transfers and scores between the CPU team.

And although its a hot topic, I’m done playing with teams like “London FC (Chelsea)” and “MD White (Juventus)”. Can we get some real team names and kits. Yea yea licensing issue my @ss it has been like that for over 25 years. Put some effort in your franchise instead of spending it on more pachinko related machines.

You would imagine that if Konami can’t get the licenses they would work hard on the overall match day presentation right.. wrong, oh so wrong. Its the same blend introduction as always, just a shot of a (mostly generic) stadium, players walking on the pitch and that is it. Maybe make some shots of players warming up? Or players getting to the stadium and off the bus? Give us the feeling that we’re there.

There are however 35 different types of footballs and numerous different foot attire to pick from..  That is what we want Konami! Great listening to your target audience! Even the gameplay is not something I personally love so much. It seems that every cross is a goal and long balls forward a chance for you to score. 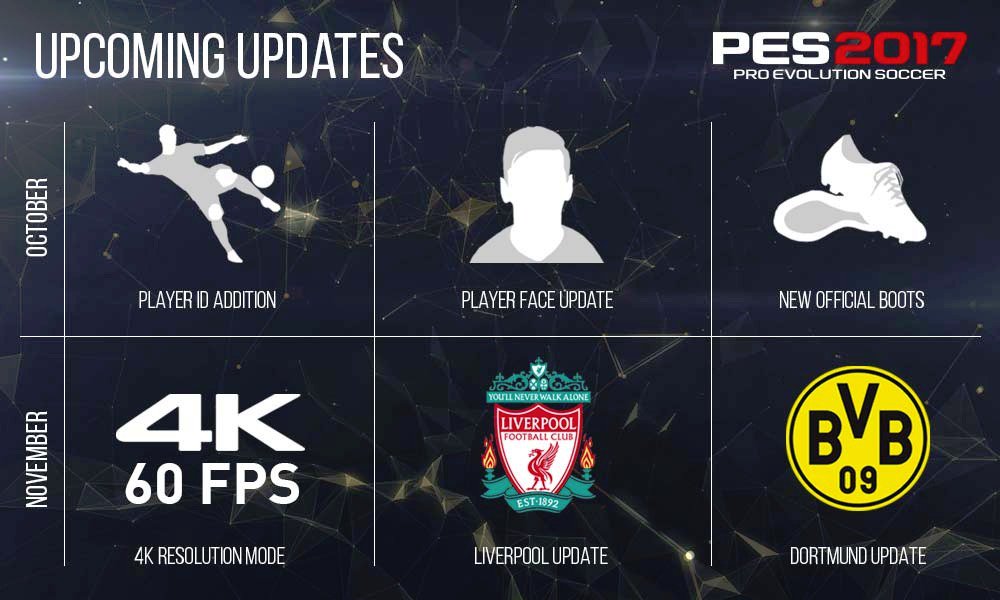 You can choose the amount of lag!

So this is mostly about the game itself or the offline mode. The online mode however, is by far the worst I’ve experienced in any game on any platform. How it is possible, that after all those years Konami still can’t come up with a decent online environment.

The input lag is horrendous on almost every game I played. You do get a selection option  that gives you the opportunity only play other users within a certain range (this is between “level 1” and “level 5”). What is the actual difference between those levels you ask? No idea, Konami doesn’t tell you.  I figured out that playing on level 1 to 3 is horrible, and on level 4 an 5 there weren’t any other players to have a kick around with.

Mind  you that any other online game i recently played like Overwatch and Battlefield 1 are fine and have no lag at all.

Overall I found Pro Evolution Soccer 2017 a disappointment. Just having a good engine doesn’t replace all the missing elements that make football such an enjoying sport.

« Howto Bulk Unfollow Playlists on Spotify Where to buy a PS Vita in 2017? »