Being an angry gamer can be costly. Controllers aren’t cheap and normally go for $80 depending on the console. I don’t even want to think about all the extra costs I’ve made buying new controllers when I was younger. Luckily, I haven’t gotten any of those angry moments for a long time… Until I started playing Steep for the PS4.

Steep is an extreme sports game set in the Alps, you can choose between three different outfits: snowboarding or skiing, wingsuit or paragliding and let loose on any of the mountains presented to you covering multiple countries. The game doesn’t have a story like most sports games as the main “goals” if you want to call them that are either playing through all the challenges and getting medals, which can be categorised as:

You can also play the “mountain stories” which are narrated challenges that are most of the time, extremely easy in comparison to any of the challenges. And the last “goal” is to free-roam together with any other online player because this is an always-online game. 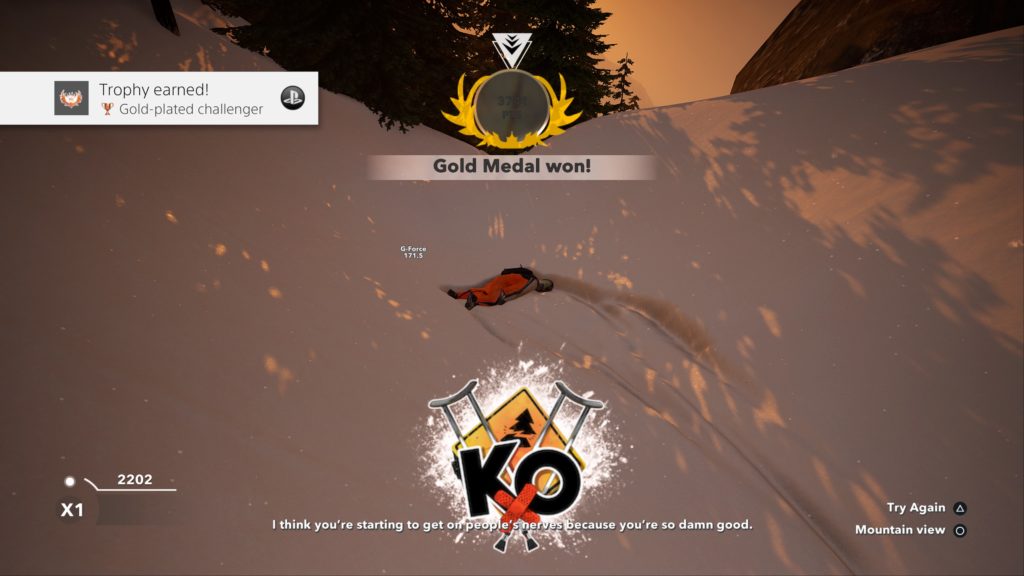 Steep is not a bad game, it just has some major flaws that make it hard to love. By far the worst is the physics engine on certain points of the game. Especially the skiing and snowboarding parts have some dreadful challenges that seem more based on luck than skill. The best example I can give is a checkout race across an old bobsled course. This sounds like a lot of fun but the physics engine makes it extremely hard to judge how your character reacts when a sudden movement is made and it also doesn’t help that the camera does its own thing so not only do you have to control your character, you also need to control the camera to get into a position you are comfortable playing with.

This wouldn’t have been such a problem if the skiing/snowboarding challenges where only a third of the challenges. But they are not, they easily cover 60% of everything that needs to be done. Granted, not all challenges or extremely hard but the most frustrating ones are definitely coming from here. And in the end, when you finished the game these are the ones that stick with you more than the ones you finished. 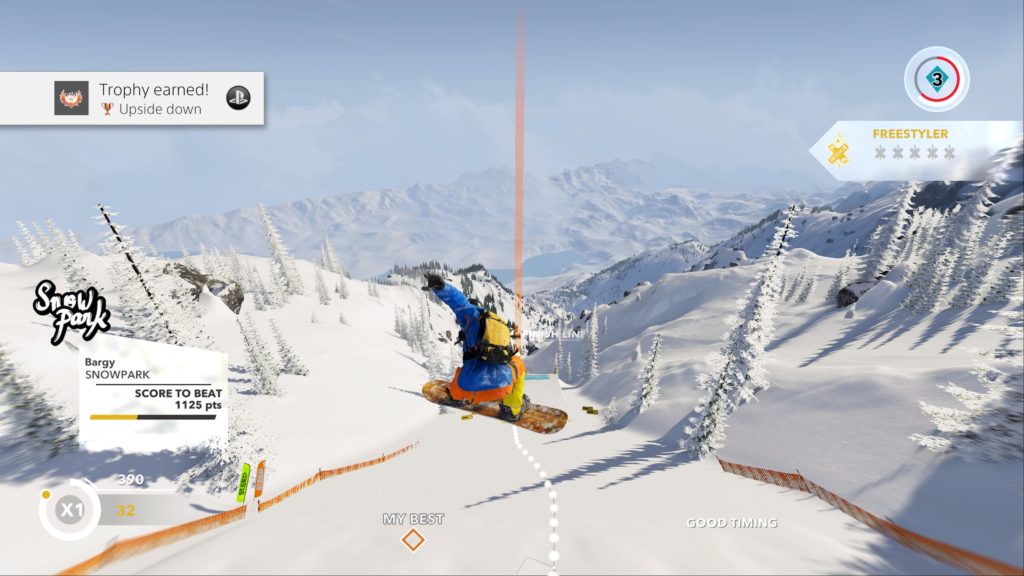 It’s not all bad…

Luckily, you also have the wingsuit challenges. These ones are extremely difficult but satisfying to do. Especially in the beginning, it feels like some are impossible. But as with most games, if you keep going and don’t give up you do get better and a little bit further every single time you try.

And this is the weird thing, although the wingsuit missions are difficult, they never made me angry. They are hard, extremely hard sometimes, but very fair while the snowboarding always feels a bit off. You could snowboard down a ramp without touching the controller and land differently every single time.

Unfortunately, there aren’t as many wingsuits missions to do then the other ones, and the “always online feature” is just a pain. Ubisoft servers went down for a couple of hours which means you can’t play. No grouping with other players is required for the whole game. I never grouped up with anyone to do a challenge. Then why do I need to be online to play a freaking sports game?!

The game itself looks great, it might not be an Uncharted 4 or even a Witcher III but when the sun comes over the Mount Blanc you do stop and take a look. 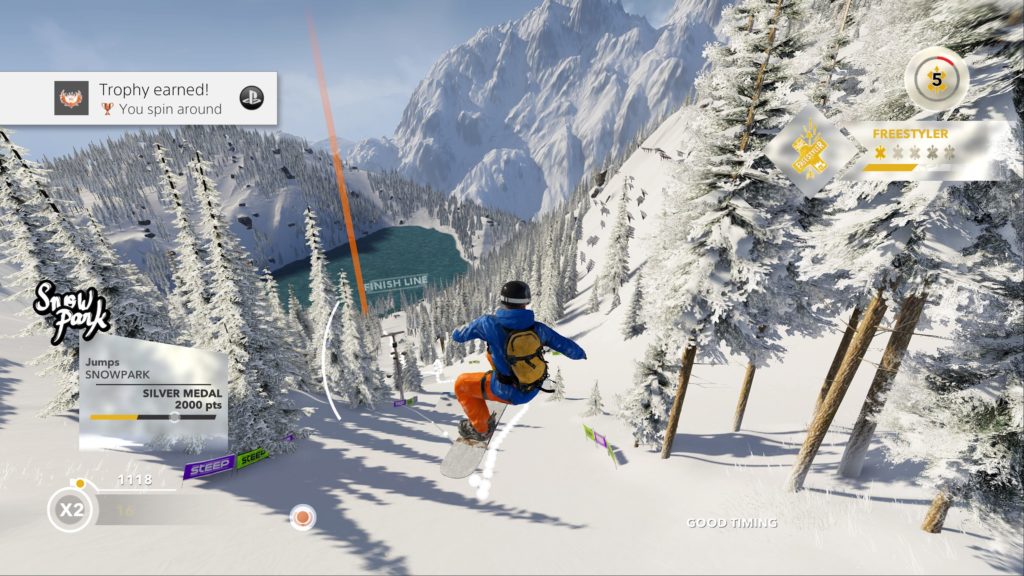 Why do I keep playing this shi…?

Based on the above it sounds like the game sucks – and most of it does – but it has its moments. When you make that wing suit challenge you’ve been trying for the whole evening or break the weekly record by only a couple of milliseconds. It feels like you accomplished something. I just wish most of the challenge wasn’t in dealing with the physics engine, but more on which path to take or trick to do.

« Uncharted 4: A Thief’s End on PS4 Gzip and upload crawled files to S3 with Scrapy »