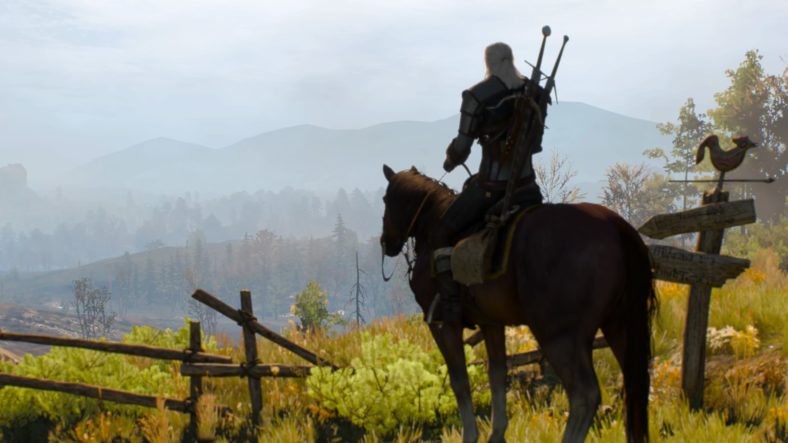 The Witcher 3: Wild Hunt on PS4

I’ve always understood the appeal of an open-world game but never enjoyed it as much as the rest of my friends. Especially when it comes down to Grand Theft Auto, Saints Row or Watch Dogs. So when I started to play Skyrim a couple of years ago I wasn’t expecting much..

Some 60 hours later and opinion changed, Skyrim was (and still is) amazing. So much to explore and quests to discover. When I popped The Witcher 3: Wild Hunt into my PS4 I was hoping for the same.. and thats exactly what I got.

A day trip to Velen and Novigrad

The biggest difference for myself is that The Witcher is based on (Polish) books written a long time ago without any knowledge that this would ever be a video game, while all the Elder Scrolls games always had a story written around the game itself. It makes places like Novigrad and Velen really feel like they have been there for millennia.

Talking about the immersive world, the sound and voice acting is top notch. Every quest has spoken dialogue and the music changes while the environment changes. This makes the world feel insanely immersive.

The story starts with Geralt of Rivia looking for his adopted daughter Ciri who is on the run for “The Wild Hunt”. While you’re looking for Ciri the world itself is in war between the two kingdoms. This last bit is what I love so much about the Witcher. Your story is just one of the many that are currently going on. On your way you’ll find a Baron looking for his family, mages trying to flee before they can be burned at the stake and more. 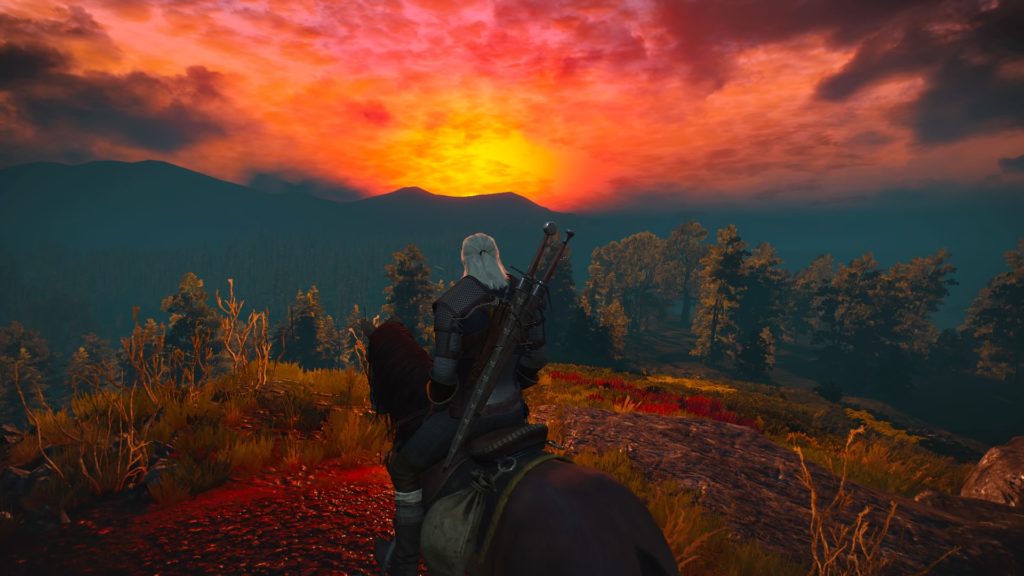 Nekkers, Drowners and other deaths..

The overall gameplay of the Witcher is decent, playing like Geralt of Rivia (and Ciri) feels natural although the camera can be hard to control in smaller areas. Especially playing on higher difficulty like “Death March” makes for some stupid deaths in the beginning. It doesn’t make it easier that health doesn’t regenerate on “Death March” by meditating. The only way is to find or buy food, or use your Swallow potion.

But playing on “Death March” does feel like the only proper way of playing the Witcher. On anything lower Geralt feels like a god that can do anything by himself. “Death March” makes him more human (although he’s a mutant but you know what I mean) and every fight, especially against a group of enemies, is challenging. Fighting against level 7 Nekkers while you’re level 15 doesn’t mean its easy. You can still need to use your dodge, roll and signs to not get overwhelmed.

The overall fighting feels good and although you don’t have much control (you got the fast attack and a strong attack), it doesn’t feel boring. Using your magic attacks called signs makes almost every fight interesting and different. Less against the common bandits or monsters but you will need them for the special monster contracts you find across the massive open world. 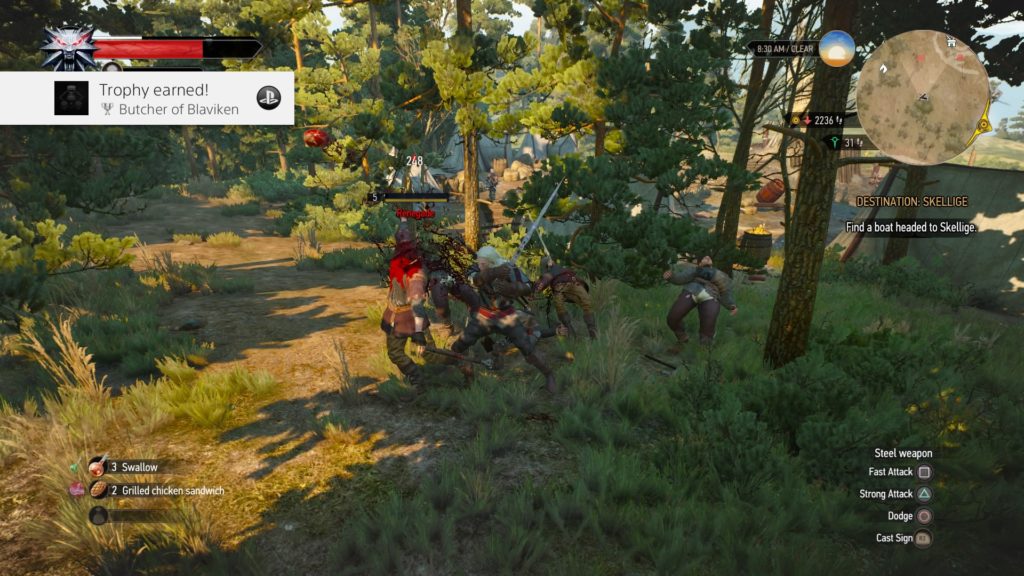 He doesn’t need his head..

On PS4 the game looks amazing, developer CDPR shows that sometimes you can do so much with a good chosen colour palette and lighting and there is almost no loading screens or pop-ups while playing.

Unfortunately, the biggest issues on PS4 are the loading times between deaths or starting up. These can take up to 1.5 -2 minutes which in 2016 is insane! Adding a SSD to the PS4 seems to scrap some seconds of the loading times which for a game that requires 150+ hours to completely finish can count for a lot.

The Witcher 3: The Wild Hunt has everything you would want: lore, backstory, amazing characters and monsters, quests and great graphics. The gameplay feels solid and smooth, and incredibly deep although simple as well. The story is by far the best part of the game with multiple ways of getting to your goal. Only problem might be the loading times and some of the (camera) controls but nothing that breaks the immersion or experience.